What You Should Know As A First-Timer In Australia!

When launching yourself to the land down under for a memorable holiday, Here is What You Should Know As A First-Timer In Australia!

Australia is a location that people fall in love with on the first trip. It is a land of hospitable, fun-loving people who want to show off this incredible country. It is a place filled with adventure! In Australia, locals have many ways to keep themselves busy in their spare time.

There is no shortage of things to do in Australia with a wide range of botanical gardens, magnificent museums, historic buildings and rich nightlife. In addition, Australia hosts international festivals that include film festivals, food, music and art. The places to stay are also varied. From little sweet rentals, to large luxury resorts. Take a look at motels Bendigo for more information on accommodation. 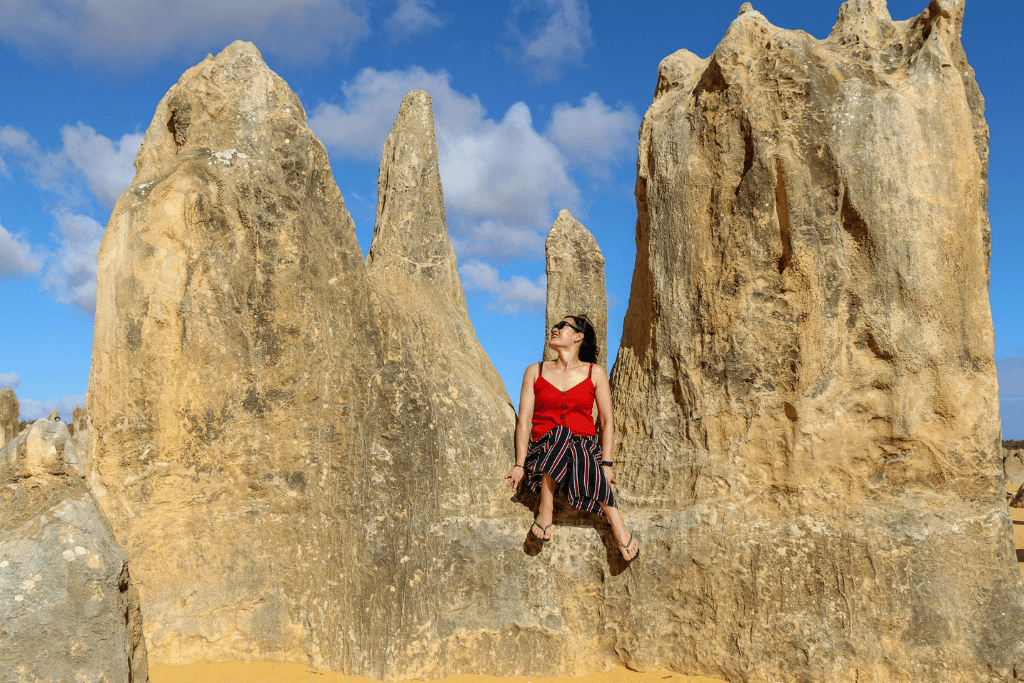 All smiles at the Pinnacles Desert.

What You Should Know As A First-Timer In Australia!

Let’s not beat around the bush, below is a list of things you sghould know as a first-timer in Australia.

Sport is the most common hobby for leisure time when two-thirds of school-age children are involved in sports and nearly half of the adults work in associations during the year. The international calendar features the Australian Open tennis championships, the Grand Prix of Formula One cars and many other events.

Sport is an integral part of Australian culture, and for most residents, it is a form of religion. Australia dominates Anglo-Saxon sports like rugby and cricket, and these are the most common and popular sports on the continent. The Australians also have their own game called Aussie Rules Football, which is played on the cricket grounds and is fast-paced and most-watched sport in the country by a big margin.

Other popular sports are horse racing, golf, swimming and surfing. Most of the population in Australia is concentrated on the beaches, and the best surfers and swimmers in the world are Australians.

Australia’s shopping centers and shops are open from various times during the week. Towards the end of the week (Thursday and Friday) the closing time is extended and it depends on which strate you are in, because each state has its own regulations.

Exceptions are grocery stores such as Aldi, Coles and WoolWorths, which are open daily until the early hours of the morning. Shopping in Australia is an exciting prospect. There are foods and items from all across the world!

In some restaurants you have a choice to bring the alcohol with you (BYO – Bring Your Own), it could come at a corkage fee, especially those restaurants who already serve liquor.

However, in most parts of the country you’ll find there are various bottleshops of Aldi Liquor, Dan Murphy’s First Choice and many others to go with it where you can purchase Alcohol. Always drink in moderation and don’t drink, then drive.

Before World War II, Australia was the largest consumer of beer in the world and they are still one of the countries with the highest consumption! And it is estimated that on average they spend $25 a week on alcohol and consume 100 gallons a year!

Did you know that eucalyptus trees produce an essential oil mist that gives the Blue Mountains their name?

This sandstone plateau rises to the west of Sydney, in which rivers have carved deep gorges. Rugged rock needles protrude from the landscape. The 90-meter-high Three Sisters are said to be petrified virgins. They were transformed by their father to be safe from the “bunyip”, a swamp creature. The Wentworth Falls plunge 300 meters into the depths: You can conquer the mountains on hikes, by mountain bike or with the “Scenic Skyway” cable car.

The fascinating Great Ocean Road begins not far from Melbourne. In the state of Victoria, you have the facets of Australia in a small space.

You’ll see jungles, magnificent beaches, koalas and even penguins when you are with the Twelve Apostles at sunset. These 60-meter-high rock towers were left behind by the merciless surf in their erosion work. You will have a colossal view on the platforms.

Airlie Beach in Queensland is the gateway to the Whitsunday Islands. Get in the mood for enchanting tropical islands with magnificent coral reefs! 74 paradises are waiting for you, and only a handful of them are inhabited.

Imagine white sandy beaches with palm trees behind them. Inland the jungle rises: Whitehaven Beach is considered one of the most beautiful beaches in the world. Whether on a boat or snorkelling, hiking or diving, the Whitsundays glitter like emeralds in an azure blue sea. The upstream Great Barrier Reef breaks the high waves.

Blood red, the Uluru towers over the vastness of the Australian outback and will take your breath away. At sunset, travelers make a pilgrimage to the 348 meter high mountain and watch its color change from ocher to red to gray.

This island mountain was formerly called Ayers Rock and is sacred to the Aborigine people. Walking around the stone monolith is an awe-inspiring and sweaty experience. Actually, the mountain is not really alone, because 35 kilometers to the west are the 36 magnificent rock domes! Enjoy the roadless travel to an Island of Australia.